Towards a “switch” of maritime yachting to electrics and eco-responsability

In parallel with the construction and marketing of Arsouin 40, ARSOUIN MARINE is studying the deployment of electric charging stations in a few pilot marinas in the Channel, which will thus be pioneers in this new service carrying an image of modernity and environmental respect.

On-line services would be coordinated and interconnected between marinas in the French Channel. 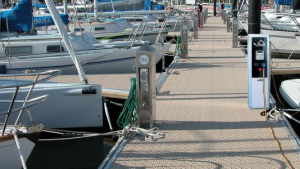 Some charging stations would also be designed to be installed on buoys in protected beaching zones such as Chausey or Ouistreham In the French Channel. 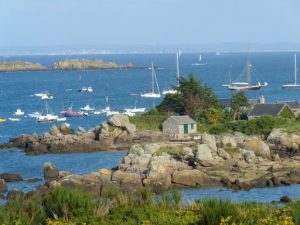 The electrical naval market is currently developing mainly in the fluvial domain. For example, many lakes in Bavaria and Austria have banned navigation using internal combustion engines.

The same is true for a large part of the Amsterdam canals. Hamburg is expected to take a similar path in 2020, along with other cities in northern Europe.

Voies Navigables de France is installing 6 pilot stations on the Seine between Le Havre and Gennevilliers near Paris.

For the maritime sector, a switch to electricity is foreseeable and will come from northern Europe, in the absence of a pioneering project like that of ARSOUIN MARINE from France

Denmark has just commissioned « Ellen », a 750-ton ferry serving Aero Island on 22-mile routes with a capacity of 30 cars and 200 passengers. Ellen saves around 2,000 tons of CO2 per year.

Norway has been stepping up projects since a resolution adopted by parliament in 2018 asking the government to support initiatives with the aim of banning certain protected fjords from thermal navigation by 2026. In March 2020, the operator “The Fjords” tooks delivery in Brødrene of « Future of The Fjords »,

a 138 foot carbon fiber catamaran powered by two 450 kilowatt electric motors. Offers and projects are multiplying for vessels of all types and sizes.

Experiences are also increasing in sailing, but generally re-engineering existing boats into electric power, at the initiative of their pioneering owners.